What is corona virus?

AFP news agency quoted experts as saying that many unknowns make it impossible to determine the global impact of the epidemic caused by the new corona virus (2019-nCoV) from Wuhan (China), in which including the mortality rate, the degree of infection from person to person, the time when the sick person can infect others, the incubation period …

What is the death rate?

As of the morning of January 31, no patients have died outside mainland China, while about 100 cases have been confirmed in more than 20 countries, from Asia to Europe, North America, and the Middle East. . At this stage, it is not possible to know the specific death rate caused by the corona virus or the 2019-nCoV virus, because the actual number of people infected is not known.

On January 28, French Minister of Health Agnès Buzyn said that the death rate “below 5%”. This rate may decrease day by day due to more new infections than deaths.

Before that, there were only two deadly pandemics: SARS (acute respiratory distress syndrome) and MERS (Middle East respiratory syndrome).

According to Buzyn, the 2019-nCoV virus “kills less than SARS and MERS, but is more infectious”.

Many experts have tried to estimate the number of people infected from the same patient. Called the “baseline regeneration rate” (R0), this parameter is critical for disease prevention.

There are many rates given from 1.4 to 3.8, which as explained by Professor David Fisman (University of Toronto) is quite low.

However, Chinese scientists have a higher estimate, under which one person can infect more than 5 others. J. Stephen Morrison, Center for Strategic International Studies (CSIS) in Washington, said: “If this rate is determined, it may partly explain why the number of infections is increasing rapidly in China. National “.

When can a patient infect others?

This important question is currently unanswered.

On January 26, the Chinese authorities said that infection could take place right before symptoms appear (this is the case with the flu, but SARS is not). Anyway, this hypothesis is based on a few case observations and is not yet confirmed.

Professor Mark Woolhouse, University of Edimbourg (Scotland) emphasized: “It is urgent to conduct research on this issue. Our main hope is to control the disease and quickly identify those who are sick in order to isolate them from spreading. If viral infections occur before widely confirmed symptoms appear, then the efficacy of the quarantine will not be much.

How is it spread from person to person?

Most cases of direct human-to-person transmission have been reported in mainland China. The other three cases are in Vietnam, Germany and Japan. According to Mr. J. Stephen Morrison, the risk of such transmission is “very low in developed countries”.

However, if there are cases of “spreading to certain African countries or continents where safety and sanitation is limited, then large outbreaks could break out outside China. That could be the prelude to a global epidemic ”. Such a scenario is currently only in theory, he added.

How long is the incubation period?

Latest factors suggest that the time between infection with the virus and the onset of symptoms, known as the incubation period, appears to be shorter than expected.

WHO thinks the incubation period is 2-10 days. But for some it is faster: of the 34 Chinese patients studied by Dutch experts, the average incubation time was 5.8 days.

According to a letter published in the American medical journal NEJM on January 28, when a 27-year-old man infected from his father from Wuhan to Vietnam, symptoms appeared only three days later. France chooses a maximum of 14 days to set quarantine periods for citizens returning from Wuhan.

Are the symptoms different from SARS?

The respiratory illness caused by the 2019-nCoV virus has some of the same symptoms as SARS, according to 41 cases first tracked in China. All of these patients had pneumonia, almost all had a fever, three-quarters had a cough, and more than half had difficulty breathing.

However, according to analysis by Professor Bin Cao, lead author of the studies published in The Lancet, “there are important differences from SARS. For example, there are no symptoms such as runny nose, sore throat, and sneezing ”.

The average age of the above 41 patients was 49, and nearly one third had suffered from chronic diseases such as diabetes, heart disease … 1 in 3 of these people found it difficult to breathe, and 6 people died.

Currently, there is no vaccine or cure for the corona virus or the 2019-nCoV virus, doctors only overcome the symptoms, including fever reduction.

The corona virus epidemic has made the economy of the world flutter, businesses that trade in seamless steel pipe, large welded steel pipes, Galvanized steel pipe, pipe fittings … are no exception.

Bao Tin Steel has always tried to import and supply a full range of steel, promptly meeting the needs of customers anytime, anywhere. 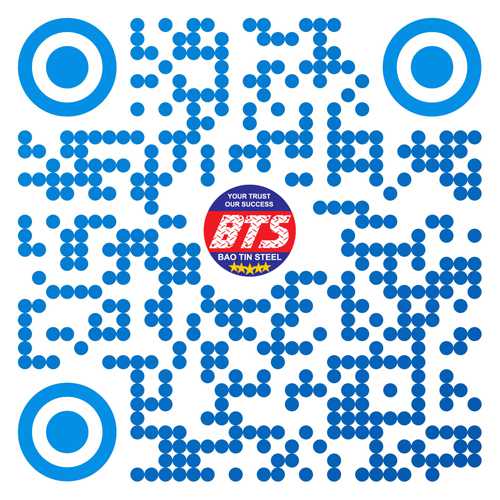